The Q&A’s will be hosted by Brainpower and Bas van Teylingen. 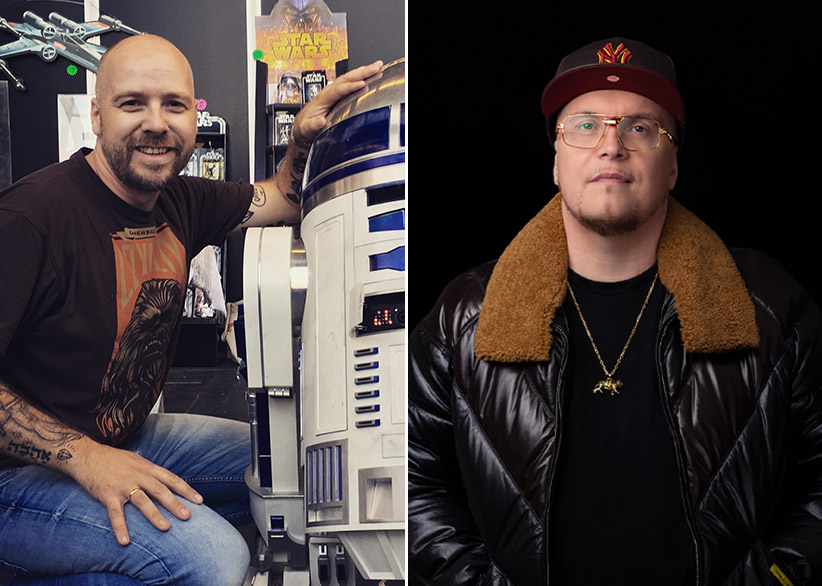 Brainpower.
On previous editions of Heroes Dutch Comic Con, you could often spot Brainpower at the event where he could be found as a fan of the show. During the winter edition in 2019 Brainpower could be seen as host on the Main Stage  for the first time. This edition he will be back!

With 50 gold/platinum records & awards to his name, Brainpower is also a producer, label owner and entrepreneur. As a songwriter he works with (and for) other artists and projects at home and abroad. He can also be seen regularly on television (with RTL, among others) because of his enormous knowledge of music, film and pop culture. He also holds a PhD in Science of Communication and he gives inspiring lectures: he is a well requested speaker for Masterclasses and workshops.

Bas van Teylingen.
Bas van Teylingen is a real nerd/geek and he has been involved with Heroes Dutch Comic Con and a loyal visitor of the show.  On YouTube he talked about upcoming movies, series, games and pop culture in his online format Next Level Heroes for a year. Within that year, he revealed the HDCC poster of the last spring edition, had interviews with the Special Guests and discussed other topics about the event. Next Level Heroes regularly returned as a program item on Cozy Corner.

The fact that Bas is a real fan can be seen when you look at his arms. They are tattooed with images of Star Wars, Back to the Future, Transformers G1, Superman, Super Mario and Ready Player One. Bas is also the voice of series channel FOX.

Bas will be seen next to the Special Guests during this spring edition, but this time during the Q&A’s on the Main Stage.