Fanclubs in the spotlight: The Flying Dutch 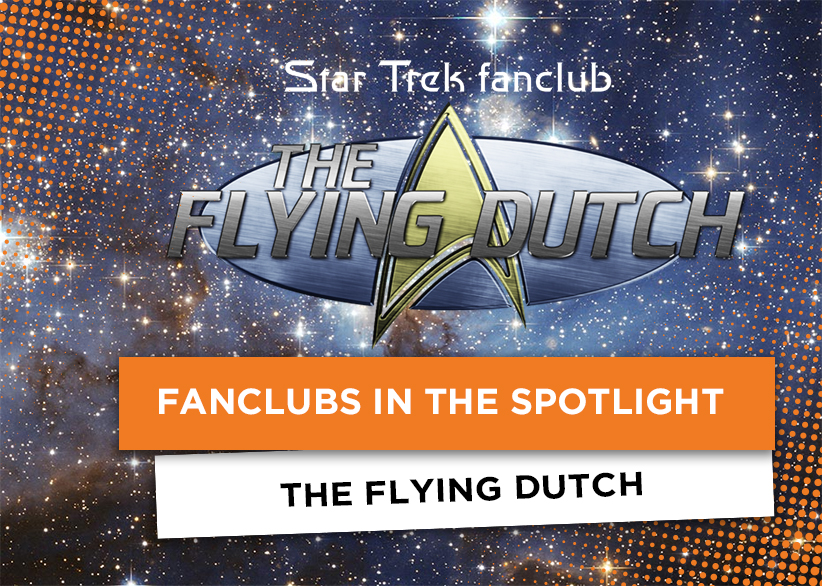 The star trek fan club ‘’the flying Dutch’’ (TFD) is a national association that is involved with the legendary science fiction series Star Trek. The fan club was established in 1984 and quickly became the point of contact for everything that has to do with Star Trek. Together with their active volunteering group is TFD constantly busy with promoting Star Trek. They do this by publishing a magazine multiple times a year. Additionally, they also promote star trek by organising gatherings and by visiting fairs like Heroes Dutch Comic-Con every year.

It was in 1971 when Star Trek was first released on Dutch television. On Thursday, October 7, the episode “The Trouble with Tribbles” could be watched. The other episodes followed and the first fans of the series came to exist in the Netherlands. It was more than a decade later, after the release of three Star Trek cinema films: The Motion Picture (1979), The Wrath of Khan (1982) and The Search for Spock (1984) that Dutch fans began to find each other which led to the Dutch Star Trek fan club The Flying Dutch founded in 1984. 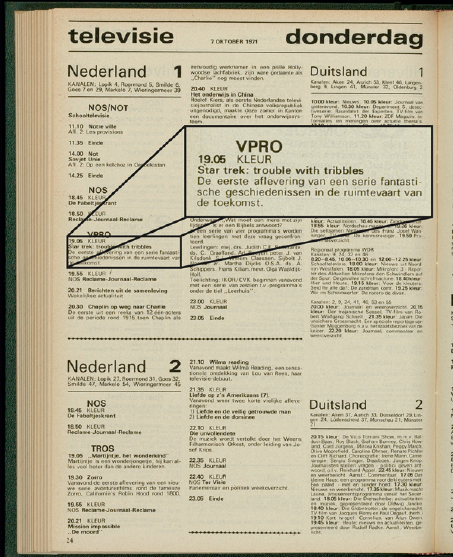 Plenty of new Star Trek material was made during that period. For instance, there were two times a year a cinema film released. Additionally, also during that time, a second TV series started in 1987: The Next Generation. This series became a huge success and helped to grow the popularity of Star Trek, celebrating its 25th anniversary in 1991.

These releases ensured that The Flying Dutch grew into an association with more than 2500 members in the 90s. These years were later known as the most popular years of the franchise. A large group of active volunteers arose with whom several meetings were organized every year. The newsletters were made in full colour and appeared up to six times a year. In addition to organizing TFD meetings, the volunteers also organized extremely fun Star Trek/science fiction related outings in the Netherlands and abroad.

The franchise seemed to be coming to an end in 2005, when the fifth series, Enterprise, was cancelled due to low ratings. After more than 700 (!) Episodes over 6 series and 10 films, Hollywood seemed to be over Star Trek. This also had an effect on the association, a period followed in which everything would go less smoothly. The number of members and volunteers started to decline, which presented the association with quite some challenges. Fewer activities and meetings were organized and the newsletter was published less often. However, The Flying Dutch remained a guest at various fairs throughout the country.

In 2009 The Flying Dutch celebrated its 25th anniversary by bringing Walter Koenig (Chekov) to the Netherlands. That year, new Star Trek material was finally released in the form of a cinema film. It became a reboot which initially created mixed feelings by fans. However, the film became a success and two more films followed in 2013 and 2016.

Star Trek celebrated its 50th anniversary in 2016, which was celebrated throughout the whole world. Large conventions were organized to this end, particularly in the United States. With this, Hollywood’s attention for Star Trek slowly returned and a new series was announced for 2017: Discovery. In a different format with fewer episodes per season, and viewable via streaming services such as CBS All Access and Netflix.

The series was a success which is currently in its third season. In addition, two more series were released in 2020: Picard and Lower Decks (a cartoon series for adults). With announcements on three more series! With this, the heyday of Star Trek seems to have returned. Never before have fans been able to look forward to so much new material. Something the association is also noticing, the attention for the series is increasing and more fans know where to find us.

This fan club will also be present at Heroes Dutch Comic Con during the upcoming edition. If you would like to get in touch with this fan club, you can contact them via: