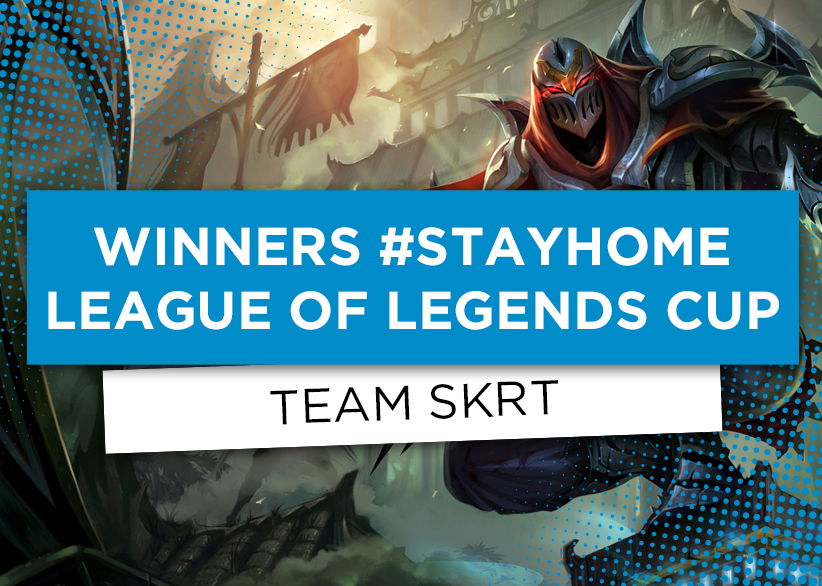 Team SKRT, having Zergoth of PSV esports as stand-in, was the top favorite and they showed what they are capable of from the very first match of the tournament. After a very dominant winning streak, they faced Vortex Esports in the grand final. Vortex Esports showed that they are a team that shouldn’t be underestimated, because they gave team SKRT a though challenge. After two exciting games the last and decisive match of the grand final had to be played. This is where team SKRT showed that they deserved to be crowned champions of the #StayHome League of Legends cup.