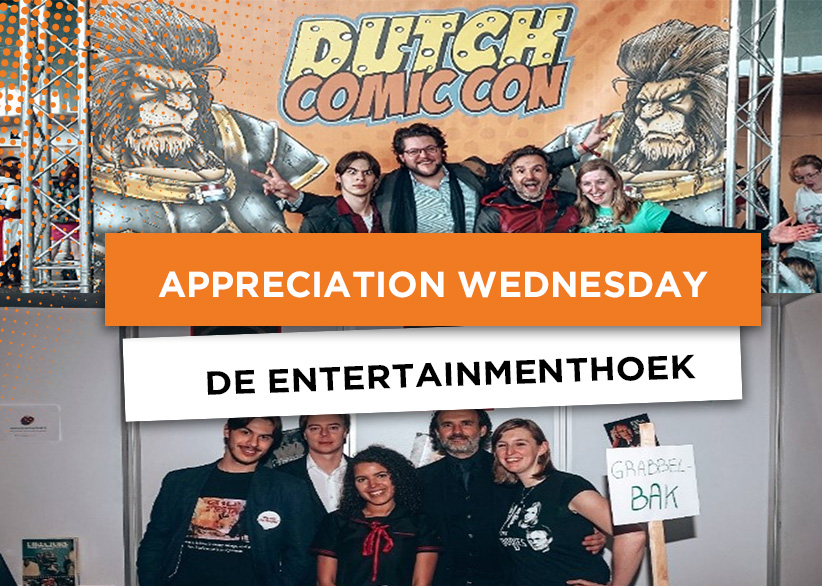 Today is Appreciation Wednesday and thus we would like to put the fan club Entertainmenthoek in the Spotlight. Entertainmenthoek is an online magazine for all film and series enthusiasts. Additionally, they have as well fun content about comics, fan art and conventions. In this article, you will find who they are, their history and their experiences at Heroes Dutch Comic Con.

It is a challenge for us every day to be the first to share the latest film and series news. However, you can also visit our website for reviews, articles with “Top 10 lists”, and interviews with actors. Naturally, we cover all the popular films and series. However, we also write about our favourites movies and now and then highlight the undiscovered gems. 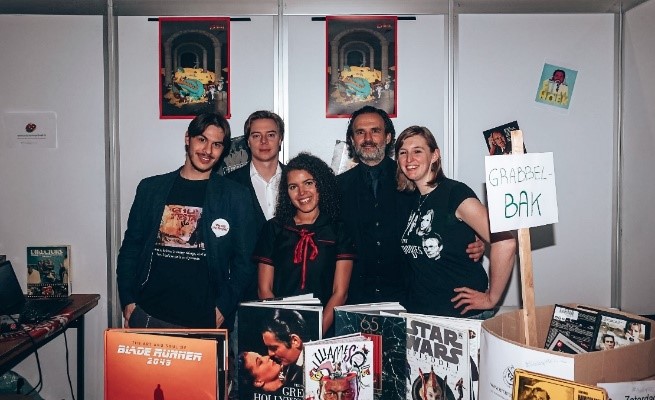 Entertainmenthoek originated in 2012 from a passion for films and series under the name the filmhoek. This small site featured news and reviews and was maintained by a handful of people. However, the website became increasingly more work, which led to more team members joining the team. Each member with their own talents. As a result, articles and blogs were written on more diverse topics.

What started as a hobby project grew into one of the most complete film sites in the Netherlands. As we began to orient ourselves more widely as a team, we renamed Filmhoek.nl into Entertainmenthoek.nl in 2018.

We visited Heroes Dutch Comic Con since the first edition in 2016. In this edition, we mostly just made video reports. We talked to cosplayers, brought exhibitors to the attention, and we have also done interviews with the special guests. Over the years, we have been able to speak to Jennifer Morrison, Daniel Gillies, Jerome Flynn, and Stefanie Joosten and many more. 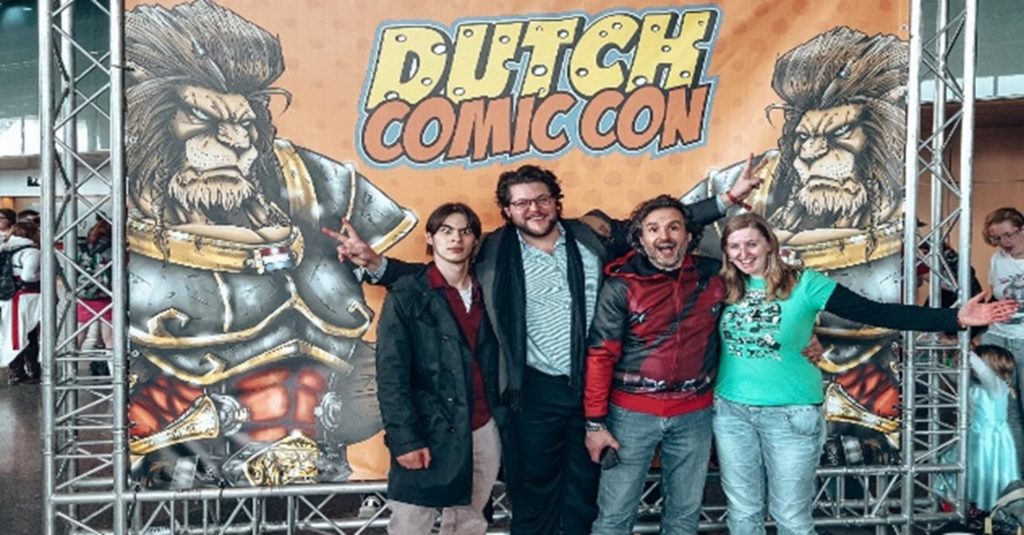 While some team members were already regular visitors of Dutch Comic Con, others were able to get to know this event for the first time thanks to the presence of Entertainmenthoek. Although we have experienced many beautiful moments at the conventions as a team, one is very dear to us: ‘’ Our own booth at Heroes Dutch Comic Con in November 2019! ‘’ This resulted in that we could experience the fair very differently and of course, could meet some of our visitors in real life. This was an unforgettable experience for us!

Do you also have a creative hobby in the field of films and series? For example, as a draftsman, cosplayer, or DVD collector? Please do not hesitate to contact them!