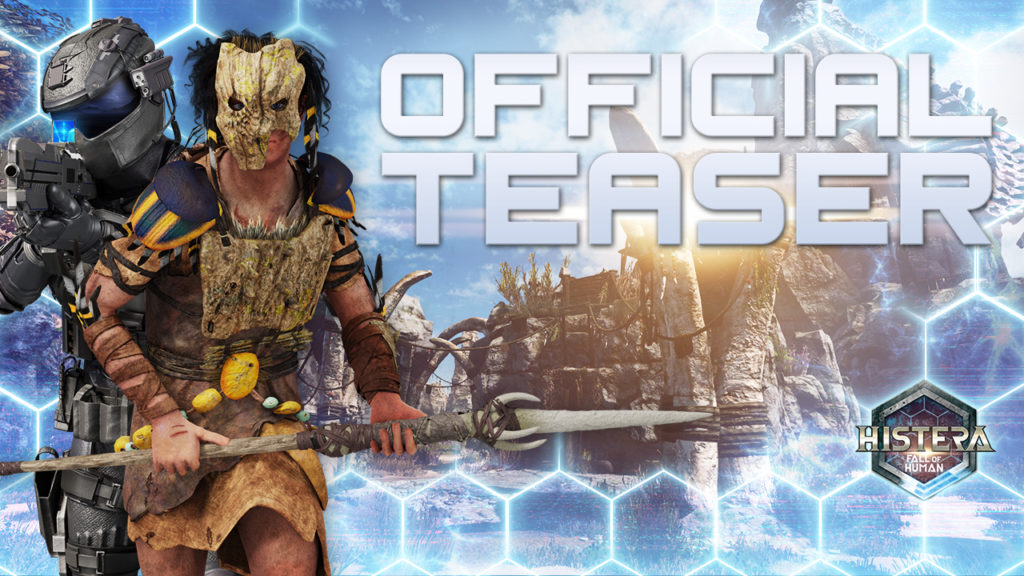 StickyLock Games is coming to Dutch Comic Con with it’s brand new game Histera and they are going all out! Visitors of Dutch Comic Con are the first ones who get to play the, yet to be released, multiplayer first-person-shooter game.

Hisera is set in a post-apocalyptic future where most of mankind has left the uninhabitable earth. Those that remain fight in domes consisting of multiple simulated eras and important moments in history and the future.” – Mitchel Alberts Lead Developer StickyLock Games

Master the Glitch
You play in a bleak dystopian future where the rich and powerful have abandoned an uninhabitable earth, leaving those that remain to battle for their own chance to escape in protective domes containing dynamic deathmatch arenas. Enter, just like them, the intriguing arena’s and immerse yourself into the world of Histera.

Easy to pick up but hard to master, you’ll have to adapt on the fly to survive as randomised zones within the arena glitch between different eras.

As the Glitch overlaps different eras in one frenzied arena, you are able to gather more types of weapons. From bows and arrows and gas grenades, to spears and sniper rifles. Teamwork and communication will be key to finding them, keeping them and dominating your opponents in unrelenting matches of constant, dynamic action.

Histera will launch into Steam Early Access with Deathmatch as its tentpole game mode. For Full Release there will be a level editor which will allow the community to get creative. We can’t wait to develop our narrative, hone our gameplay loop and build something truly special alongside our players.

We are looking forward to welcoming you and your friends at our stand on Dutch Comic Con. Come play Histera and meet our attending employees. We are curious to hear your thoughts on Histera.