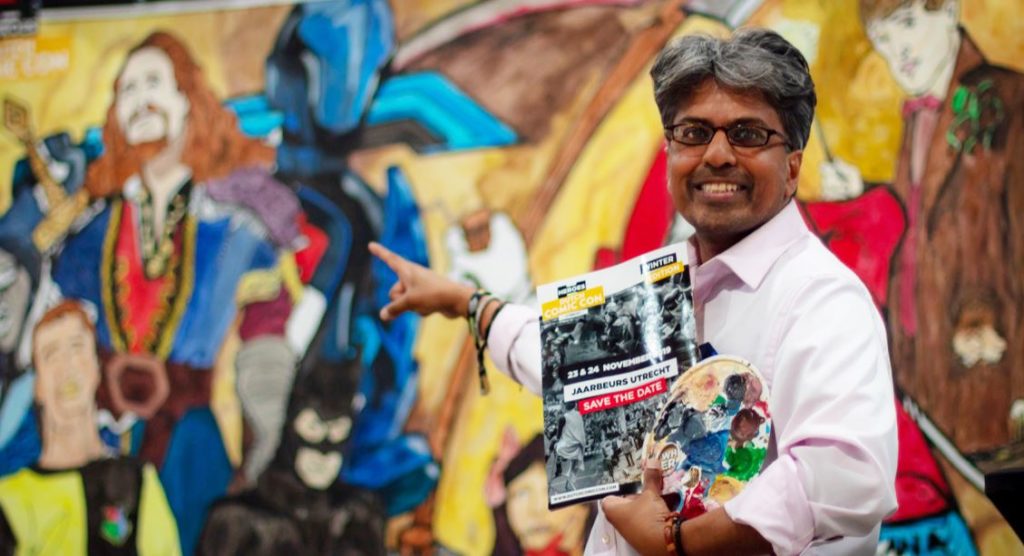 Artist and creator of the Crowd Canvas Rames Sjambar is eager to start a new Crowd Canvas project at the upcoming winter edition of Heroes Dutch Comic Con.

The Crowd Canvas is a connecting group activity in which participators paint together to complete a large piece of artwork of 2×3 meters in size. The theme of the Crowd Canvas is bases on one of the areas on which the Heroes Dutch Comic Con event is built upon. Like comics, games, series, film, cosplay.

Soon we will reveal more about the Crowd Canvas activity at Heroes Dutch Comic Con!

Do you have any ideas about the theme of the new Crowd Canvas? Which series, characters, game or comic would you like to see on the Crowd Canvas artwork? You can send an email to info@sjambar.nl