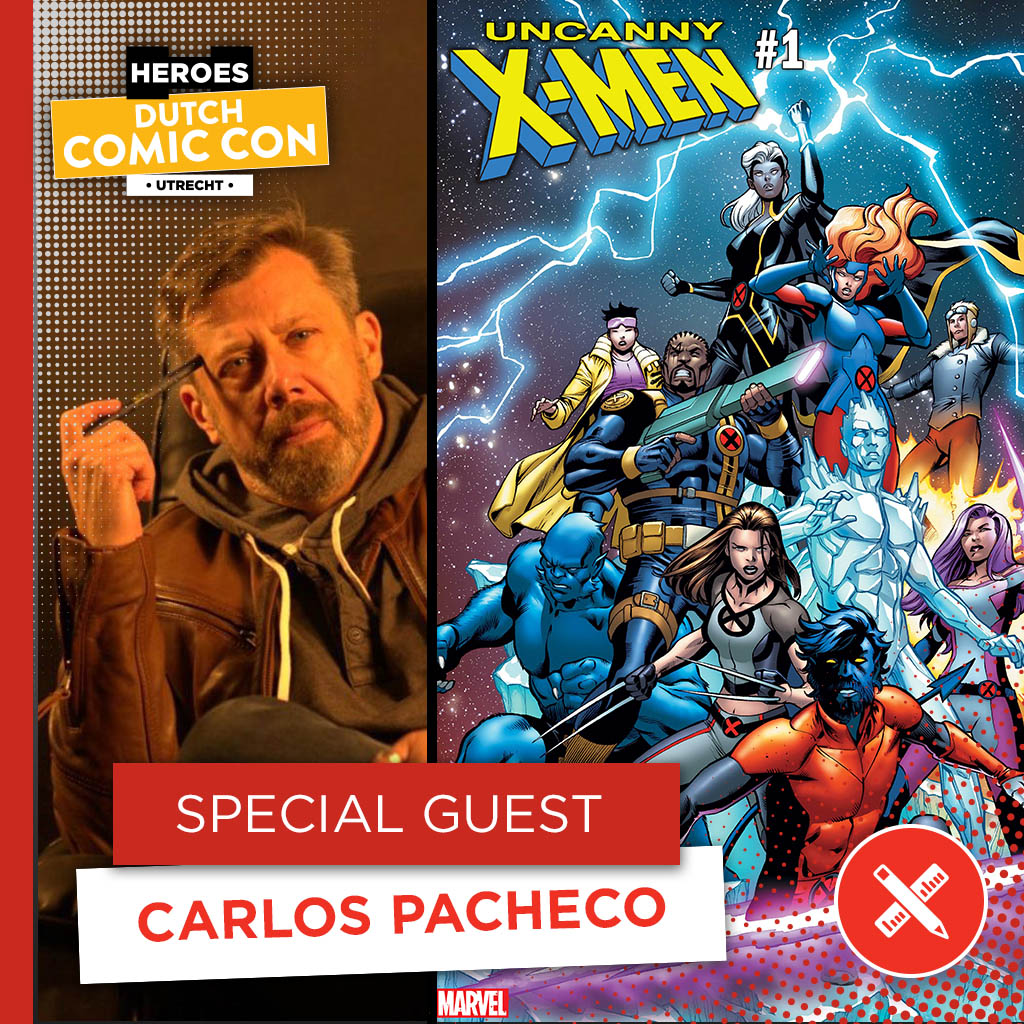 Spanish Carlos Pacheco is the second artist to join the line up of Comic Artists on Heroes Dutch Comic Con. Carlos has worked on almost every Marvel Comics character you know!

Pacheco started his career at the Spanish branch of Marvel Comics, where he illustrated various covers and posters. Shortly after that, he got to work for Dark Guard, an edition of Marvel UK for which he collaborated with writer Dan Abnett and Inker Oscar Jimenez. His work attracted a lot of attention in the United States, after which he was offered the opportunity to work on Marvel Comics’ Bishop in 1994. In the same year he was given the opportunity to work for Marvel competitor DC Comics’ The Flash.

Pacheco’s work for Uncanny X-Men, Starjammers and Excalibur made him a well-known name among Marvel Comics fans and made him one of the most important comic artists of recent years. His most famous and popular work was the epic story Avengers Forever, one of the most important Avengers storylines within the world of Marvel Comics. He has drawn many Marvel characters and storylines since then, including Ultimate Thor, Avengers and X-men. Pacheco’s most recent work is the mini-series: The Life of Captain Marvel. Carlos also created his own comic, Arrowsmith, in collaboration with partner in crime Kurt Busiek. The two of them are currently working on a sequel to the series.

Carlo will be present at the event both days. Visitors can meet him, ask questions, get a signature and buy exclusive artwork or have it made by him.