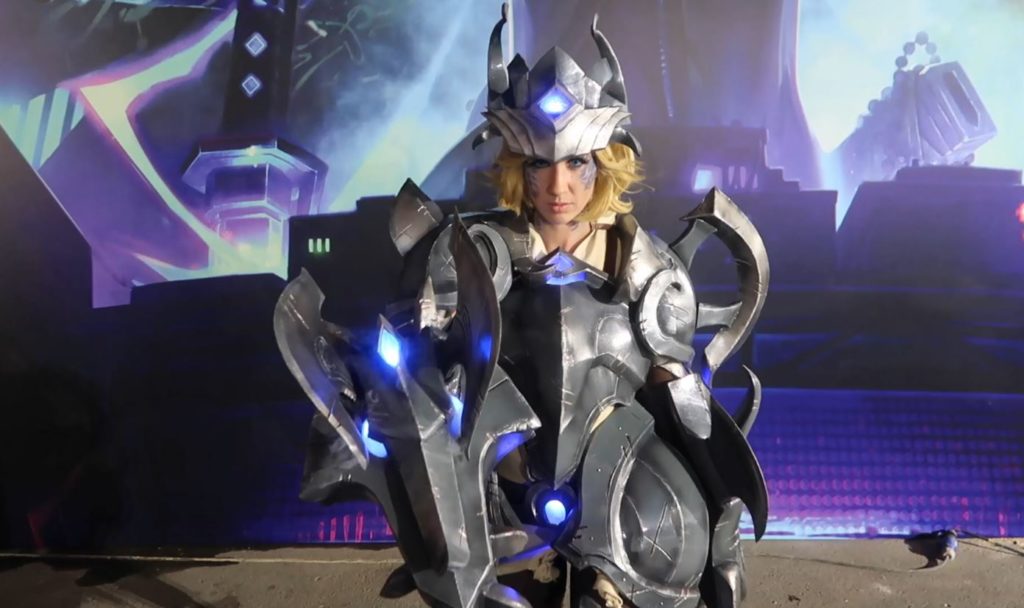 You probably know Sakuraflor – Saku in short – as the host on Heroes Dutch Comic Con during the Cosplay Contest and Cosplay Catwalk.

Last December 2019 she took part in Nexus Arabia for the first time: an event in Riyadh, Saudi Arabia with a huge prize pool where cosplay and gaming were central with a focus on the popular game League of Legends. Saku has been active in the cosplay world for a few years now. Besides hosting HDCC, Saku regularly travels the world for various events both as Special Guest and Jury, but also for competitions. In addition, she regularly works for gaming companies such as: Blizzard, Bethesda and Riot Games.

The cosplay competition was open to everyone worldwide. There were participants from Russia, Egypt, Austria, Belarus, the Netherlands, Kuwait, Turkey and many other countries. There were various cash prizes to be won for those who ended up in the top 6. First place went up to $60,000, second place received $45,000 and third place got to win $30,000. Saku finally got the fifth place and won a stunning number of $10,000. Furthermore there were several special awards worth $5000 per award for among others the best craft, prop, effect etc.

“I was approached by the event itself, three weeks in advance. At that moment I had just returned from an event in Egypt and was also busy preparing for Heroes Dutch Comic Con. Because I didn’t have a lot of League of Legends costumes myself, I had to make a new costume for this match. But, because I was still working on Heroes Dutch Comic Con I could only start late and had to make the whole costume in 9 days. I shared this process on my social media and that really created a kind of community that followed it all the way! This caused a lot of people to know me before I arrived in Saudi Arabia, which was really cool. I never expected that people would sympathize so much with what I experienced in this whole adventure.

Of course I had some concerns, Saudi Arabia is of course a country to which we as Europe have some concerns, especially as women. We were very well briefed about what to do and what not to do and what we had to take into consideration. Afterwards the worries were completely unjustified. We were very well taken care of and the Saudi community is one of the sweetest and most respectful communities I have met!

The event itself was really great! There was a lot to do. There was a kind of amusement park built with attractions themed by different characters from the games.

On the first day the prejudging took place and then I saw some of my competition. I have to say quite frankly that I actually lost a bit of hope. There was so much talent and I didn’t exactly see myself among them. So when I first got in the top 15 it was a huge shock for me.

The coolest thing of all, was that all participants were extremely nice to each other. Everyone was competing with each other, but everyone granted it to each other. If something went wrong or someone needed help, we were there for each other and I personally think that’s extremely special, especially with the cash prizes attached to the competition.

The top 15 had to perform on stage the day after. This was the point where I thought: this is my peak. I was in the top 15, I can now go home satisfied. But during the performance of my act, I was extremely surprised. I had chosen a song by Riot Games and the moment I entered the stage, the audience sang along loudly. This was an incredible experience!

On the same day the group with prize winners was announced. Only the names of the cosplayers that had won the prizes were mentioned, including my name. This meant that we either won one of the specials awards of $5000, or that we were in the top 6. I literally had no expectations and now suddenly went home with a minimum of $5000 or more. The next day the winners were announced and I ended up 5th and was allowed to take home a cash prize of $10,000. I never dared to dream this and it is just really still hard to realize it.

This was one of the best experiences I’ve ever had, and I’m incredibly happy to have been a part of it. I’m also very happy that I was able to share this with everyone, because cosplay is so much bigger than some people think. For me, this really was a dream that I was able to make a reality. So if you have a dream, go for it 100% and make it come true! YOU GOT THIS!! <3 “

Here’s an impression of Nexus Arabia and Saku’s Cosplay: 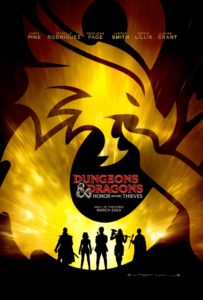 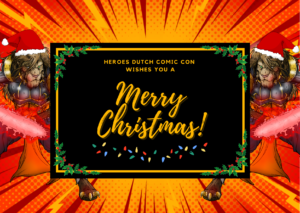