Carry Carolina Ravassa or Lucie Pohl to a win in Overwatch 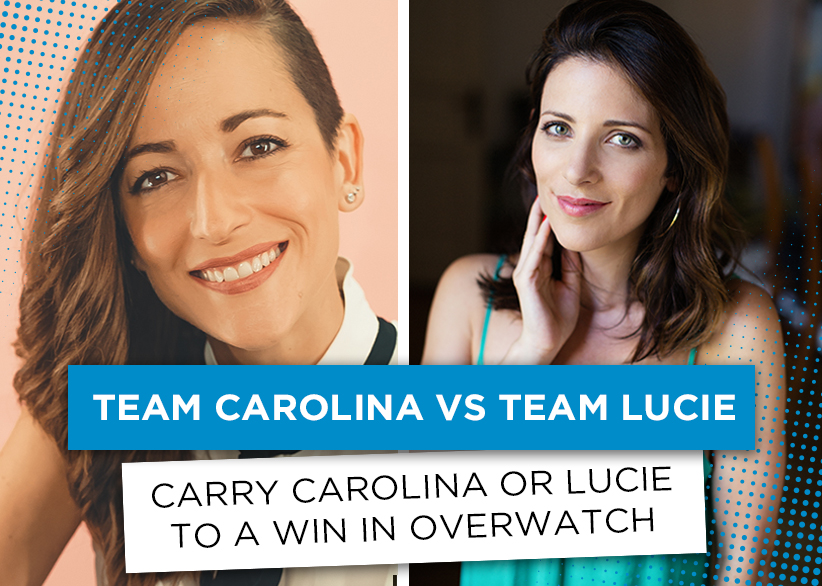 You have a unique opportunity to play a game of Overwatch with or against Carolina Ravassa and Lucie Pohl! How cool is that? Come to the Gaming Stage and be there at “Carry Carolina Ravassa or Lucie Pohl to a win”. Who knows, you may be selected for team Carolina or team Lucie!

German-American actress Lucie Pohl (1983) will be best known to the general public for her voice acting as Mercy in the popular first-person shooter Overwatch of Blizzard Entertainment. She also starred in the role of Rixxa Fluxflame in World of Warcraft: Battle for Azeroth and was allowed to play various roles in Hearthstone and Red Dead Redemption.

Voice Actor Carolina Ravassa, known as the voice behind Sombra from Overwatch, will be coming to Heroes Dutch Comic Con. In addition to Overwatch, Carolina lent her voice to many other popular games such as GTA V, Red Dead Redemption, Max Payne 3 and Just Cause 4.

Ask all your burning questions during their duo Q&A at the Gaming Stage on 13.00 o’clock (Saturday and Sunday). Right after their Q&A we’ll host “Carry Carolina Ravassa or Lucie Pohl to a win” and you can join them for an Overwatch match live on stage!

Want even more? Get your Photobooth or Meet & Greet tickets for Carolina and / or Lucie.