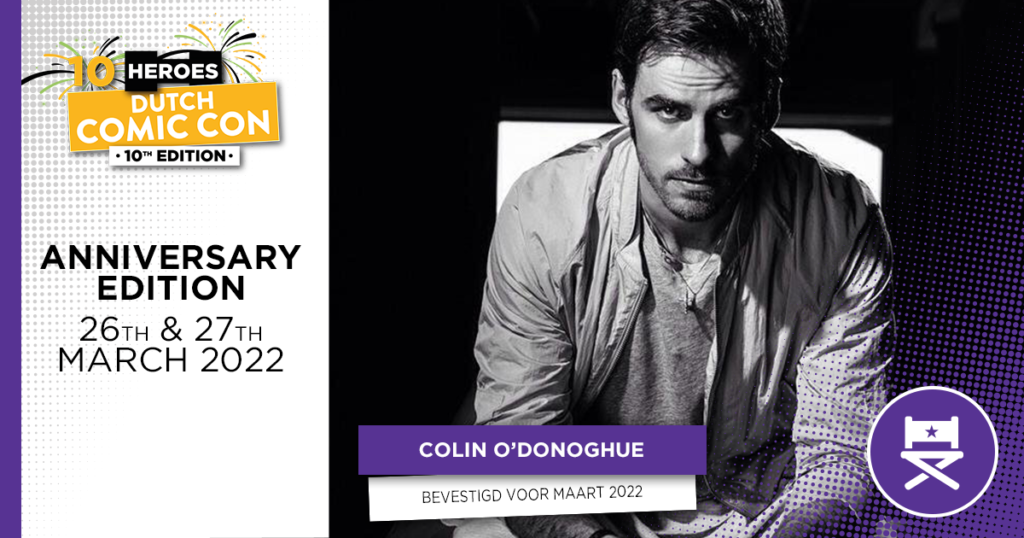 Colin O’Donoghue is best known as Captain Killian “Hook” Jones from the Emmy-nominated fantasy series ‘Once Upon A Time’ (2011-2018). His character grew into an instant fan favorite after his introduction in the second season of the series and remained loved until the final episode of the show. ‘Once Upon A Time’ ran for 7 seasons and was broadcast in more than 190 countries.

In 2003, O’Donoghue won an award for ‘best new talent’ at the Irish Film and Television Awards (IFTA) for his role in the family film ‘Home For Christmas’. Colin recently lent his voice to the DreamWorks/Netflix animation series ‘Trollhunters’ (2018).

Colin O’Donoghue will be present on both days at Heroes Dutch Comic Con. Visitors can meet him during an exclusive Meet & Greet session, ask him a question during the Q&A’s on the main stage, get his signature, and take a picture with him in the photobooth. If you have already purchased a ticket for the Meet & Greet or the Photobooth, then this ticket will still be valid in March 2022. So hold on to these precious tickets!