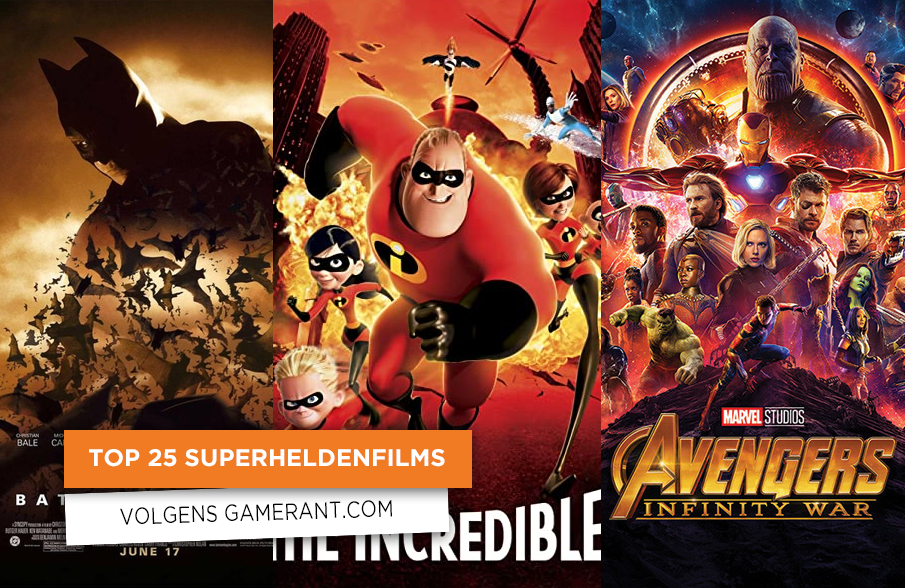 Three teenagers acquire superpowers after finding a tunnel. While they struggle to control these powers, they also find out about their own dark sides.

In this Hellboy sequal, Hellboy has to make sure that a powerful prince who wants to take over earth does not reach the “Golden Army”. This army can destroy all of humanity which will give the prince free reign.

After Thor returns to Asgard it doesn’t take long before he gets swept away to another planet, Sakaar, after his, for centuries imprisoned by Odin, sister shows up and destroys his special hammer. While he’s still mourning, mostly for his hammer, he has to get off Sakaar to protect Asgard from his sister and Ragnarok with a new team; the Revengers.

Steve Rogers is still trying to adapt to the, for him, new world. It doesn’t take long after the events in ‘The Avengers’ before he has to take up the shield again. Together with Black Widow he has to track down and catch the ‘Winter Soldier’, an assassin sent by Hydra.

Lex Luthor escapes prison and works together with three criminals from the planet Krypton, who have been released from the Phantom Zone by an explosion, to destroy Superman.

In the hidden Wakanda T’Challa has to take up the role of king and Black Panther after the events in ‘Captain America: Civil War’. But he is not the only one after the position and has to fight someone from Wakanda’s past to prove his worth of the role of king.

After Bruce Wayne learns how to fight evil forces in Asia, he returns to Gotham City as Batman to protect the city from criminals. But a new type of criminal is rising.

In Gotham City the Joker is trying to take over the city. Batman has to work together with others, instead of going at it alone, to stop him.

After the government has installed the “Sokovia Accords” to keep superhero’s under control, a conflict rises between the Avengers. Tony Stark fights with this team (Team Iron Man) on the side of the government against Steve Rogers’ team (Team Cap), who are against the Sokovia Accords. While this “civil war” ensues other problems appear which make tension rise even more.

S.H.I.E..L.D.’s director Nick Fury brings the Avengers, at this time consisting of Iron Man, Captain America, Black Widow, Hawkeye, Hulk and Thor, together. They have to protect earth against Thor’s, adopted, brother Loki after he attacks the planet and opens up a portal with the Tesseract to “let in” the Chitauri army to fight alongside him.

An alien boy gets sent to earth after his planet is destroyed and gets raised by humans. After he finds out he has superpowers he becomes earth’s protector.

A high schooler, and comic fan, suddenly decides he wants to be a superhero without having any powers. Other follow his example and join him.

In this film Batman fights against a villain who appears out of the sewers and calls himself ‘Penguin’. While this happens, another enemy rises named Catwoman.

A pilot crashes on an island and tells Diana, an Amazonian warrior, about the conflicts going on in the rest of the world. She leaves the island, fights besides humankind to end the war and in the meantime figures out her real powers.

After Infinity War the remaining Avengers assemble one more time to take on Thanos and his army to try and bring everyone back and save earth once again.

After an accident with a train David Dunn is the only survivor. Not only does he survive, it also seems like nothing happened to him at all. From a stranger he learn about some humans who are “unbreakable” and wonders if he is one of these humans, and if he is, what it will do to him.

After the X-Men defeated Magneto a mutant named Nightcrawler attacks to White House to assassinate the president. After this attack a lot of anti-mutant measurements are set in place and, besides other events happening, Professor X’s secret school gets attacked.

After the right-handman of criminal boss Carl Grissom, Jack Napier, falls in a barrel with chemicals he re-emerges as The Joker. He starts to terrorize Gotham City, but luckily they’ve got Batman.

The Titan Thanos is on his way to earth to collect the time and mind stones, after already being in the possession of the power and space stones. He needs these Infinity stones to succeed his mission to obliterate half of the population of all planets. The Avengers have to stop Thanos and his army, but it’s not an easy job.

Peter Parker’s life falls apart after fighting criminals as Spider-Man for two years and he gives up. After an experiment gone wrong a new villain rises with four tentacles on his back, Docter Ock, which makes Peter realize it might be time to bring Spider-Man back.

After Bob Parr and his wife Helen have given up their lives as superheroes to enjoy a quiet, peaceful life with their family, Bob gets a mysterious message which leads him to an island. Here he figures out that earth might need a family of superheroes to protect her.

4. Guardians of the Galaxy

After stealing a mysterious object in space, Peter Quill gets a target on his back. Together with a group of aliens he has to protect himself and make sure the object doesn’t end up in the wrong hand.

Logan has given up his life as Wolverine in a world where mutants are nearly extinct. He lives a quiet life as a chauffeur and takes care of Professor X. An end comes to his quiet life when a mutant child, Laura, shows up and is chased down by scientists.

2. Spider-Man: Into the Spider-Verse

Miles Morales is bitten by a radioactive spider and becomes, as you may have guessed, the Spider-Man of his dimension. Together with other Spider-Mans he has to learn to control his new powers and fight in an inter-dimensional conflict.

Within a year of the events in ‘Batman Begins’ Gotham City success to round up its criminals, that is until The Joker turns up. Batman has to take him and his terror on, but the fight suddenly becomes very personal.