The Flying Dutch (TFD) is an association that is actively involved with the legendary science fiction series Star Trek, which was shown on TV for the first time in 1966. The fanclub TFD was founded in 1984 and since then has been the informative contact for everything that has to do with Star Trek within the Netherlands. What began with meetings in attic rooms in the 80s turned into a large national association in the 90s. With an active group of volunteers, TFD has been working for the promotion of Star Trek for years. It publishes its own Dutch-language magazine several times a year, organizes meetings and visits trade fairs throughout the country.

The Force Academy will be giving workshops during Dutch Comic Con in dueling with lightsabers. It is one of the most fun sports to participle in and it is good for your body and selfconfidence! It isn’t always easy, but you will develop in power, flexibility, flow and pride.

The series Star Trek had a difficult start in 1968, after 2 seasons the curtain threatened to fall for the TV series. The, now famous, letter writing action by the fans ensured that a third season was made, after which the curtain fell again. The rising of the fans for ‘their’ TV series was unkown. The series had obtained loyal fans (Trekkies), who made it clear that Star Trek was not just a TV series. The show gave the viewer a positive vision of the future in which the countries on Earth have united and the population lives in a high measure of (technological) prosperity. The moralistic way in which social topics were dealt with appealed to many and so, a big fanbase arose for the show.

At the organized conventions (CONS) in the same period, the fan got in touch with the actors for the first time. This turned out to be a big hit: they were visited in large numbers and still exist all over the world nowadays. There was a lot of interest in the genre and so a follow-up could not be missed. The intention was a series, but became a movie: The Motion Picture in 1979, which was successful. Much more followed: in 2022, almost 60 years after the broadcast of the first episode, Star Trek counts 10 television series, 13 cinema films, numerous books and games, and has become one of the most successful series in the TV and movie world.

The series Discovery got her fourth season in 2021 and of course everybody is talking about Picard and Pike this year. “Does it fulfill its high expectations? Do you want to talk about Star Trek? Do you want to know more about the Flying Dutch? Become a member? Come to our stand at the Dutch Comic Con!”

Visit the website from TFD for more information or check their Facebookpage! 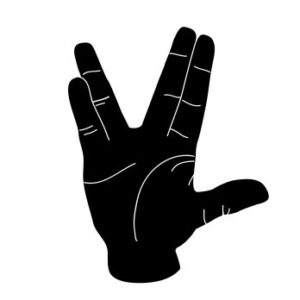