Get spooky with The Dutch Fredette and Jason! 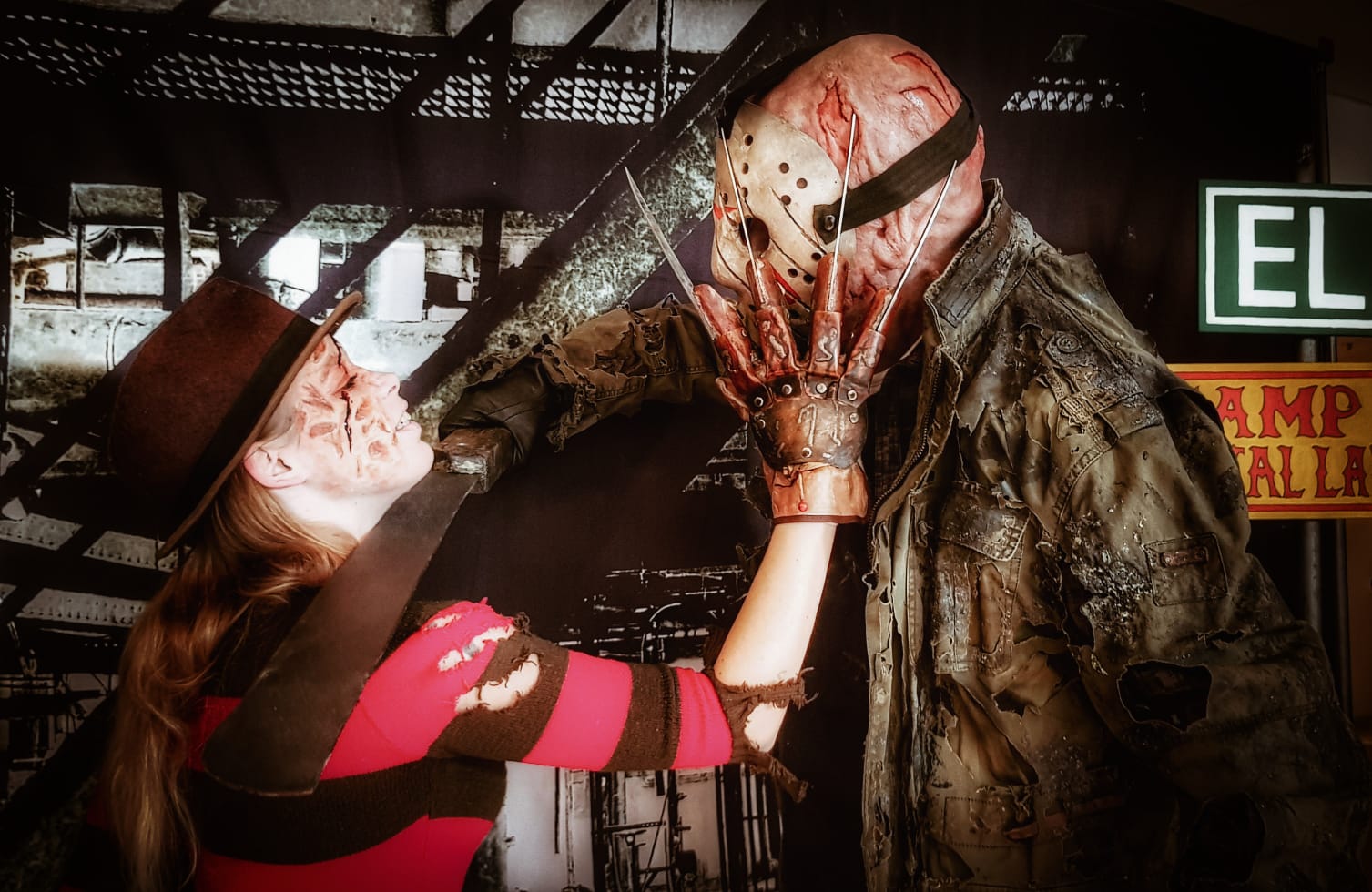 Her creations, Billy the Puppet and Fredette, have been present for several years. She started with face painting when friends asked her to paint them for a Halloween party. That is how she discovered this hobby. Four years ago she did a cosplay “for fun” as Freddy, which turned out to be such a success that she never stopped and now she also came up with a Billy the Puppet cosplay.

Fate and destiny hit on Friday the 13th, when she and “her” Jason ran into each other in the biggest haunted house in the Benelux. That is where the idea was created to cosplay together. Later the idea was created to take it to the next step: their own photobooth. Visitors can get a picture with one or both characters. Furthermore, several hand-made Freddy vs Jason-props will be present and the possibility for children to get a picture with the Jason-mask or Freddy-gloves. It is also possible to play a game and win a surprise!

‘We have several fun memories about HDCC. HDCC is the first place where we got to place our stand. A stand that is built from scratch within 2 months. Furthermore, you will run into the greatest people but also the most beautifully dressed visitors. Or children that get very enthusiastic when putting on Freddy gloves or a Jason mask for the picture. And even better, if the same child comes back later to get a picture with their own mask.’ – The Dutch Fredette

Visit the stand of The Dutch Fredette on March 26 & 27 during Heroes Dutch Comic Con and take a fun picture with Fredette and Jason!