Sakuraflor’s tip will win you over to join! 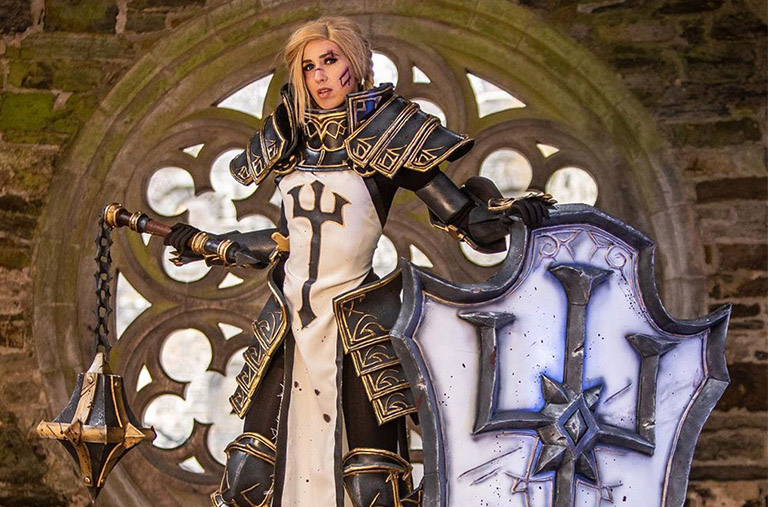 Sakuraflor, who doesn’t know her by now? Several editions of Heroes Dutch Comic Con she can be seen on stage as host during the Cosplay Catwalk and Cosplay Contest.

In 2018 she participated in the Cosplay Contest herself in a duo act together with cosplayer Multifluffiness. Together they won the prize for Best Overall with their cosplay outfits from the game Diablo.

Still hesitating to participate in the Cosplay Contest? Maybe Sakuraflor’s tip will win you over!

1) What is your best memory of HDCC outside cosplay?
For me personally, Heroes Dutch Comic Con is kind of a home base. Because I work there nowadays as host on the main stage and can put a super show together with the audience. It is also one of the events I look forward to every six months. Getting together with people who support me but also share the same passions and create a super fun atmosphere together!

2) What has winning the Cosplay Contest brought you outside HDCC?
Before I worked as a host at Heroes Dutch Comic Con I participated in the Cosplay Contest myself. That was a really nice experience, especially because I was able to share it with Multifluffyness for whom it was her very first contest. I was also extremely proud when we won this one. The prize was a trip to Heroes Comic Con in Spain. Travelling there also brought us a lot of fun moments, but also a lot of new friendships and networking. After this experience it was clear to me that HDCC had a really nice and family-like atmosphere. When I was asked to host HDCC I immediately said yes.

3) What would you give as a tip to new Cosplay Contest participants?
Enjoy it! I know it is very exciting, but it is a super fun and enjoyable experience. The atmosphere backstage is always a lot of fun and you meet so many nice and new people during this kind of thing. Have a nice chat with the others and have a lot of fun.

4) To what extent does the slogan “Where Heroes Meet” fit with the Cosplay Contest?
This is the best slogan ever for the Cosplay Contest. There’s a hero inside of everyone, whether you dress up as a superhero, a villain, or something completely different. You’re the hero in your own story! And the cosplayers I always see backstage during the contest are all heroes! <3

We thank Sakuraflor for her time. You will see her back on stage during Cosplay Catwalk and Cosplay Contest on 21 and 22 November 2020!